A Home is an Asset

For those who know me, I’m not about the ‘house of your dreams’ narrative – I am pretty objective in my approach. I want my clients to understand the underlying value of what they are purchasing and not allow emotion to override logic.

That said, I fully acknowledge there is a powerful emotional aspect to buying a home. Regardless of whether it is your first, third, or even the twentieth home, each connect you to a specific period in your life. Selling a home feels like closing a chapter, and when you buy one, a new chapter begins.

Sticks, Bricks, and a Vehicle for Wealth Creation

In the simplest sense, a home is nothing more than a stack of sticks and bricks on some dirt that keeps your stuff dry …

Yet despite the emotional attachment, in the simplest sense, a home is nothing more than a stack of sticks and bricks on some dirt that keeps your stuff dry. While we want to attach value to the colors of our walls, the shape of our exterior, and the brand of our appliances, in the grand scheme of things, housing is no different that any other asset whose value goes up or down given economic conditions.

And 2007 through 2011 notwithstanding, owning a home has created more wealth for the masses than any other asset class in history.

This is what has me worried.

No Crash on the Horizon

The current market looks nothing like the last two that crashed …

In both of the prior crashes, the economy was overheated and there was a tremendous oversupply that had been created to try to keep pace with a dizzying demand.

Currently, the economy is solid, employment is high, inflation is still shockingly low, and while the world is never fully at peace, there is relatively little global unrest (at least compared to prior periods) – and inventory is at all time lows.

Is there a correction coming? I think that some are beginning to predict a slight pullback at certain price points in 24 to 36 months. But I firmly believe that a crash is not imminent.

No, my worry is as follows — the price of housing is at the precipice of exceeding affordability for the average American, preventing an entire segment of the population from ever having access to home ownership.

In effect, a home is quickly becoming an asset that only the wealthy can afford, and, over time, will lead to a deepening of the divide between the ‘haves’ and the ‘have nots.’

Take a look at this chart.

Never has the discrepancy been greater, and I think that is a tragedy.

The blue line represents home ownership levels. In other words, what percentage of the population owns their own home.
The green line represents the median price of a new home.

Pricing is accelerating despite historically low ownership levels. The obvious implication is that as prices rise, fewer people will be able to buy – and we can see this playing out right before our eyes. Right now, due to a host of factors which we will touch on below, housing prices are increasing at a rate that is pushing ownership beyond the reach of far too many people.

Never has the discrepancy been greater, and I think that is a tragedy.

An economist would argue that the problem will solve itself: As prices rise, more producers will be attracted to the market and supply will increase.

But that simply isn’t happening.

Take a look at this chart showing the number of new homes being built:

Despite the fact that housing is undersupplied and pricing is accelerating, we are still drastically under-supplying a market that desperately needs relief.

The Problem is Systemic

The problem is about price AND location …

Perhaps the underlying problems were already manifesting themselves as early as 2000 and we simply didn’t see it as the rapid price increases were masked by a insanely lax lending standards.  But the issues are more than visible now.

Effectively, the problem is about price AND location. We cannot add supply at anything approaching a reasonable cost, and we absolutely cannot do so in areas where the populous wants to buy.

Issue One – Construction Costs are at an all time high

When your material costs are up 30% and your labor pool down 50%, costs spike. And I don’t see an quick solution.

The collective increases become substantial – and the end user ends up footing the bill!

Each bill that is passed to make housing better is done so with good intentions – I honestly believe that. No one wants the US to build substandard and inefficient housing – AND no one wants to see another financial crisis, either.

However, each time Congress, the state legislature, or our local board of supervisors adds another layer of regulation, the cost to build a home goes up.

Each increase in the building code or protection baked into the financial markets is done so with the aim of increasing the quality, safety, accessibility, and energy efficiency of our housing stock. But with each mandate comes increased expense. A percentage point here and an increased fee there never seems like a lot on its own, but over time, the collective increases become substantial – and the end user ends up footing the bill!

Demographics show a population that increasingly wants to live in cities. Urban schools are getting more funding, the commutes are shorter, public transportation is expanding its reach, and the entertainment districts are improving. But yet, the city is the hardest place to build houses.

Somehow, I don’t think 4.2% of the overall need being satisfied by new housing is going to fix the problem.

If you really want to see a mind-blowing statistic, look at these screenshots straight from the Richmond MLS.

The northeast section of the City of Richmond (Highland Park, North Church Hill, Union Hill) is in the midst of one of the most rapid price increases in the history of the city.

Inside of this zone: 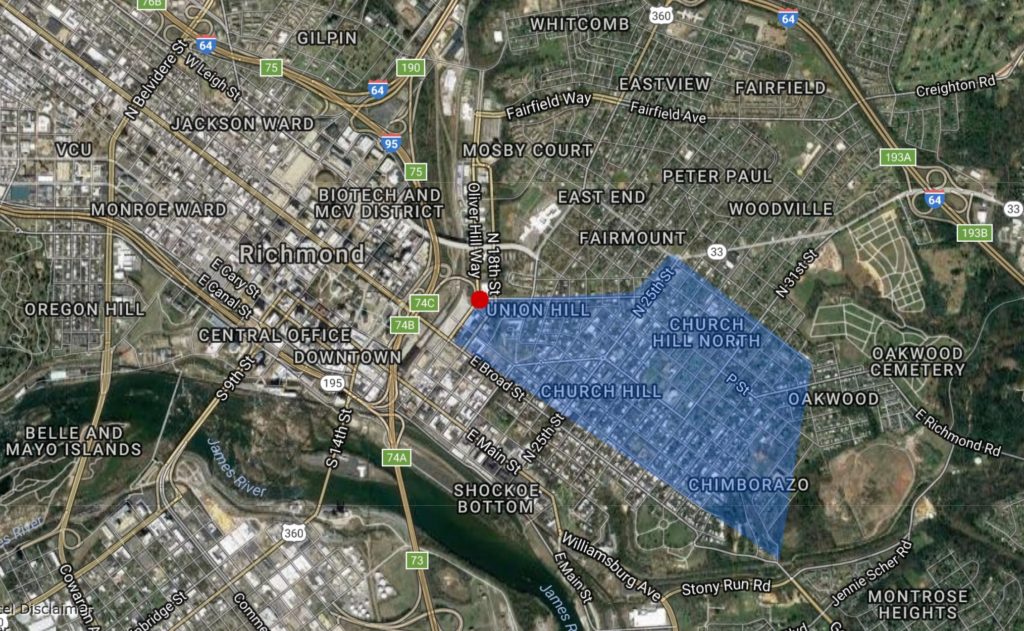 This happened to prices in 5 years:

While that benefits some owners, it leaves many others wanting.

It is easy to build another million dollar home on a cul-de-sac in the latest community 10 minutes further out than the last one – but that is not the cure.

Am I saying that everyone should own a home? Hardly. We tried that once (2007) and it didn’t seem to work out very well.

But I do believe that a housing model in which ownership is reserved for only the elite is an equally dangerous model. America is the land of opportunity and when the idea of owning a home becomes an unattainable pipe dream, that is not a good answer either.

Look, it is easy to build another million dollar home on a cul-de-sac in the latest community 10 minutes further out than the last one – but that is not the cure. We have got to solve the need for reasonably affordable / attainable housing in neighborhoods that aren’t 45 minutes from the urban core.

The next generation of potential homeowners deserves the same opportunity as prior generations did to use housing as a fundamental way of building wealth. Everyone wins when our population has the ability to determine their own financial destiny.